On the magenta carpet of this 34th edition of the Premio Lo Nuestro, the celebrities shone in all their splendour. But, as always, there were some that dazzled more intensely with their elegance and grace. Here we present to you those who were 100% correct when choosing their outfit and wearing it as they should in this important celebration of Hispanic music.

The singer wore a colorful floral dress as she arrived at the event, showcasing her sleek, curvy figure with a youthful and elegant style. “It was all just a dream. Thank you for everything, so always. Thank you so much @premiolonuestro”, she then wrote on her Instagram account about her incredible experience on stage. 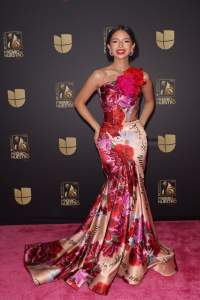 The former queen of Nuestra Belleza Latina looked like a princess in this pearl-colored dress from designer Rubin Singer. The host of this Premio Lo Nuestro performance shone with four different looks during the day, but it was the dress in which she walked on the carpet that received the most applause. 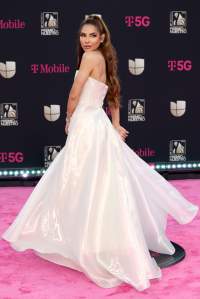 The Dominican beauty queen brought sighs in this light blue two-piece suit. The tight mermaid-cut skirt emphasized her anatomy, also giving her an air of originality, which she soberly complemented with blue earrings and her straight hair. 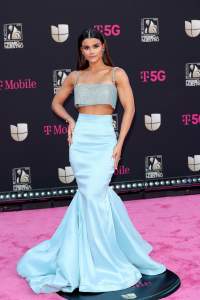 The Despierta América presenter and former queen of Nuestra Belleza Latina dazzled with her slender figure just seven months after giving birth to son Gennaro. Her chosen dress, created by designer Giannina Azar, made her look like a queen, injecting color into the prestigious carpet. 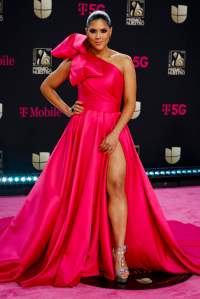 Having become a great representative of the Ab Flash trend, the Russian actress wore this black dress which allowed her to show off her toned abdomen without losing the elegance that an event of this magnitude deserves. Her fiancé, actor Gabriel Soto, was happiest with her design and couldn’t help but hug her at all times. 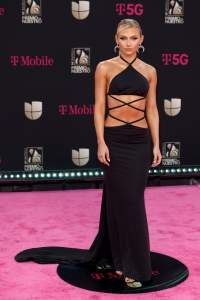 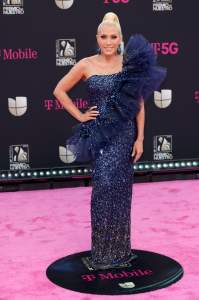 If joy and color are on the menu for singer and model Lele Pons, she was right with this lime green top and skirt suit that she elegantly completed with long gloves, following the princess style trend. 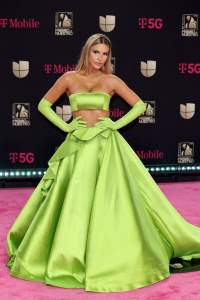